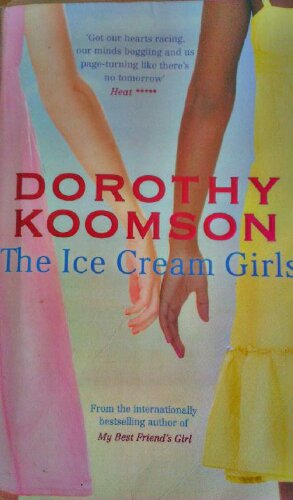 Poppy Carlisle and Serena Gorringe were the ice cream girls. As teenagers, they had been embroiled in a murder case and a glamorous picture of theirs eating ice cream had been published, dubbing them the ‘ice cream girls’.

The trial resulted in Poppy being found guilty of murder while Serena was found innocent. Years later Poppy has finally been released from prison, and she is on a mission. She wants to make the real killer, Serena, confess and clear her name. Serena, on the other hand, had put it all behind her, and is leading a normal middle class life. Her husband doesn’t know that she was one of the Ice Cream girls, she would rather keep it that way. Bringing the past back would make her life a living hell. But would Poppy allow her that? What happens next? You have to read it to find out. The one thing I can reassure you is that you wouldn’t be able to put it down.

How did I find it? It was a great book. It explores such a scary issue and in a great way. The ways in which young teenagers could be vulnerable to influences and how easy it is take advantage of them. To elaborate anymore would take away from your enjoyment of the book.

The book is written from Poppy and Serena’s perspective and goes back and forth in timelines as well. The stark difference in Poppy’s and Serena’s lives are brought out so well, when the narratives change. Amidst all the turmoil in her life, Serena is a mother who lives a very regular life, and its so easy to identify with her and her concerns. It builds up very well, and ends very well too. I actually liked the ending. It was realistic although I did read reviews where people were disappointed by the way it ended. In a lot of ways it’s also an education, in how easily things could go wrong. Both Poppy and Serena were just regular youngsters, until everything went all wrong.

It’s a beautiful book, handling a very tough subject, and I think Koomson handled it very well. If you do pick up this book, do keep a box of tissues handy, because if you are anything like me, you’ll have tears pouring down.

16 thoughts on “The Ice Cream Girls by Dorothy Koomson”