I’ve always enjoyed Patterson’s crime thrillers. Come to think of it, it’s been a while since I read one. A few years back, I discovered his non-crime writing and loved that too. So when I saw this on the library shelf, I had to have it. 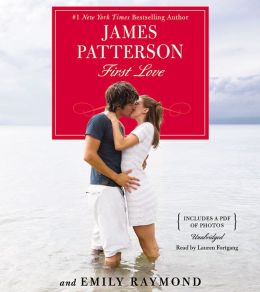 Axi Moore is a good girl, living in a nondescript small town, where nothing really happens. She is sixteen, but unlike normal teenagers, she never does anything naughty. She works hard at school, does all the right things, never breaks a curfew.. The works. Suddenly she wants to do something different. Something far far away from the things she does. She wants to run away from home. Living with her alcoholic father isn’t easy and has given her an insight as to what made her mother give up and run away. She wants to leave her existence in K-Falls behind her. And she isn’t running away alone. She has her best friend Robinson with her.

Together they set off on a cross-country trip together that involves stolen cars and bikes, bluffing their way through, getting into trouble with the authorities and visiting places both of them always wanted to. It was turning out to be a trip of a lifetime. Robison and Axi have history together, they are the closest of friends and have been bound together by fate. Axi loves Robinson, but has never been able to tell him. Robinson is also the opposite of Axi, as in he does everything he can to break rules, test his boundaries. Their trip together marks a journey special as can be. Mad, crazy, dangerous, with memories that would stay with them. It takes them both to places they might have never wanted to go. It makes them face up facts that they would have been happy to ignore.

It is book that will have you in tears. It is sweet, painful, heart-breaking, and still makes you smile, makes you wish you could just wave a wand and get things sorted. Their love has been portrayed so well, sensitive, touching.. From the beginning, you can sense the sadness in Axi, something that becomes clear at the end. Which, by the way, is sad and yet so sweet.

I loved the book. I would happily rate it a 4/5. Do read it only if you don’t mind sniffling your way through the book though.

About the Author
James Patterson is a bestselling author of many titles. He is the first author to have #1 new titles simultaneously on The New York Times adult and children’s lists and is the only author to have five new hardcover novels debut at #1 on the list in one year—a record-breaking feat he’s accomplished every year since 2005. To date, James Patterson has had nineteen consecutive #1 New York Times bestselling novels, and holds the New York Times record for most Hardcover Fiction bestselling titles by a single author (63 total), which is also a Guinness World Record.

This book is available from Amazon(UK).