A book that I picked up on a whim. I clearly go through phases with books. Some times I meticulously check out books on Goodreads before picking them up, or the spate of ordering from Amazon kindle books, or when I just go and pick up a book from the library, just because. This was one of those books, picked up on the lunch time run to the library. 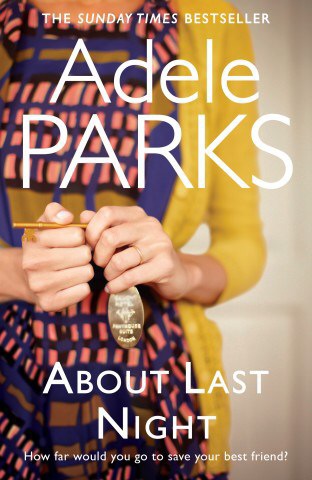 This was the last thing Pip expected to hear from Stephanie. Stephanie needed Pip to lie to the police about her whereabouts.

Two best friends, inseparable friends right from childhood, friends who have been around for each through the ups and downs of life. Stephanie is strong, unflappable one. Always dependable, sensible and never puts a foot wrong. Stephanie is living the life that could easily be the envy of many. Comfortable, married to the perfect man, with three wonderful children, she wants for nothing. Pip, on the other hand, is a single mother who has to try hard to work out decent life for her young daughter and herself. Stephanie is Pip’s biggest champion. She has been the rock for Pip, always there when Pip needs her. Pip, the scatty, muddle headed one is who always ends up asking for Stephanie for help, although admittedly never to lie to the police. What had Stephanie done that she needed Pip to lie for her? Why was the police after her?

How far would you go for a friend? Would you lie for your best friend? Especially one who is always there for you? A friend who has been through thick and thin with you? And if so where would you draw the line. What is that line that you cannot cross? The book is built on this premise and does a great job of building up to it. The characters are real and interesting although Stephanie’s character did run the risk, initially of being just too good to be true. Thankfully that was soon rectified.

An interesting book, starts well, and keeps the interest going till the very end. I like the author’s style and the pace of the book over all. A page turner, and a quick, interesting read. A perfect holiday read, perhaps. A 3.5/5 book for me.

About the Author
Adele Parks was born in Teesside, NE England. She studied English Language and Literature, at Leicester University. She published her first novel, Playing Away, in 2000; that year the Evening Standard identified Adele as one of London’s ‘Twenty Faces to Watch.’ Indeed Playing Away was the debut bestseller of 2000.

This book is available from Amazon(UK).

4 thoughts on “Book Review: About Last Night by Adele Parks”